Hello.
I did the conversion of heater but i have one problem.
The heater starts but after 2 minutes of full power it goes off for 30 sec then starts again for 2-3 min and so on.
I checked with vag-com…no error.
Sometimes between these pauses its goes white smoke.
Any ideea?

please search in the forum under Zuheizer. There you find the answer to your question and the problem.
The error does not have to do with the Workshop.

I do not want to be misunderstood.
I’m not a lazy person.
I know what a forum is and how annoying it can be to answer each separately but even I have not found an answer.
My heater works perfectly and without interruption when the engine start and no trace of smoke or something. Water reaches 90 degrees and everything is perfect.
Maybe is not the circuit to blame.
I tried to start the heater directly with ‚‘+’’ at the diodes and water pump runing (just as you start on a test bench) and the result was it worked more, but still stopped after 10 min then 5 min pause (the blower goes some smoke) then it start again for 10 min.
It should go without interruption,wright?
My desktop is full with shortcuts to sgaf topics about heater and is not very easy to understand big deal after an automatic translation but i do my best.
I have not written in German because I’m afraid to write rubbish with ‚‚google translate‘‘ so please forgive me if I upset anyone because of this.
Thank you.
Ascultaţi
Citiţi fonetic
Dicţionar - Afişaţi dicţionarul detaliat0.not0.no0.nay0.nopeadverb0.neverinterjecţie0.no0.by no means0.nope

Did you also attach power to the electric circulation pump?
If the water does not circulate (which is teh case if the pump is not running) the „Zuheizer“ goes into overtemp.

Another circumstance under which the heater keeps running is if you turn on your heating system in order to keep engine temperature stable at 90°C.

Only if engine temperature drops again significantly, it will restart again with the heating process.

Exactly,i know that but why it restarts with smoke?(only when i start the heater with the engine stopped)
When the car engine is runing it also has these pauses but it restarts without smoking.

Did you also attach power to the electric circulation pump?
If the water does not circulate (which is teh case if the pump is not running) the „Zuheizer“ goes into overtemp.

I wouldn’t mind at all for what the smoke concerned… as long as the smoke is white and it’s only during first minutes of running time.

I’ve just repaired my heater, it also smokes a little sometimes during startup…
I’ve been talking to some Sharan owners during the last week for what the smoke is concerned, they experience this behaviour too and told me, that this is very common and nothing to worry about, until the smoke turns from white to black (sign of bad combustion caused by insufficient fresh air flow or by the internal part that sourounds the glow plug, called ‚flammsieb‘).

eisenberg schrieb: Did you also attach power to the electric circulation pump?
If the water does not circulate (which is teh case if the pump is not running) the „Zuheizer“ goes into overtemp.

Anyway, I suppose here you have to do some more investigation as the symptoms are pointing in this direction. As you said the heater is working perfectly when the engine is running - here the engine will do the job of circulation of the water. If you use the heater as a heater (without running engine) the electric circulation pump has to do the job (else the heater will stop because of overtemperature - then cool down - start again - stop and so on).

If the pump is not working you did something wrong in the conversion.

The water pump is brand new and working.(i checked)
I bought the ‚‚flammsieb‘‘ too just in case but i’m not so sure she is faulty.
If you did the conversion please tell me how many minutes the heater operates continuously and if he smokes just at the very first start or later again.
The first time when he smokes i understand…but the second time why?The fuel just got burned.
I do not give up.

I think your heater is running normally as long as it doesn´t shut itself down after a very short time. This would mean the „Glühkerze“ or „Flammschutzsieb“ is out of order or siffed.
Normally when the engine (and also the heater) is cold, it is not easy for the diesel fuel to evaporate and become ignited. Especially if you shut down the heater after running for only a short time, diesel fuel may stay around the electrical „Glühkerze“ and „Flammschutzsieb“ and it evaporates, producing intense white smoke during either some seconds or even some minutes, until it burns correctly.
So don´t worry about the smoke, but try to let the heater work for longer periods of time.

Hello again.
The heater works fine now (changed glow plug & filter).
When i start the engine,heater starts and its stops when water reach 90 degrees.So far so good.
In „upgraded“ mode i still have this issue:heater makes too many pauses.(battery is discharged faster…lucky for me that is new and resist )
What i think:
-the coolant is thicker at -10 degrees
-the coolant flow is too slow (no help from engine)
-the recirculating pump is too far from the heater and the coolant reaches too fast 90 degrees in heat exchanger room of D5WZ.(not in coolant circuit…heater can not produce more than 30 degrees in five minutes of operation)
What if i move the recirculating pump right beside the heater under the car?
Coolant should be pushed more efficiently and temperature sensor would not stop so fast the heater causing it to go smoothly.

What do you think?
Have you encountered this problem?

The problem is not known in the forum.
The park heating which can be ordered with the vehicle uses this setup (with an extra pump on top of the circulation pump next to the engine), so it could make sense…
I would not eliminate the pump at the engine, because it forces water through the heat exchanger.

But if you look at the physical facts your heater works well within spec:
The SGA Diesel has about 7 litres of coolant. If the coolant is heated from -10°C to 30°C the energy of 280000 Calories (or 1171.52kJ) is needed (1 calory by definition heats 1g of water by 1 degree)
The heater has 5k Watts.
Hence (without any heat loss) the heater would need 234sec or 3.9 minutes to heat up from -10°C to 30°C.
Of course you loose some energy while heating your car and some energy by radiation from the tubes under the car. So 40°C heating in 5 minutes is not bad at all and close to the physical limit.
The best thing you can do for further improvement is to insulate the tubes between the heater and the engine.
Hope this helps…

When i said 30 degrees was just a guess…the tubes are already insulated and i don’t start the heater in the car to preserve battery.
So i guess its just me unlucky.

My hopes were for an easy start of the engine but i think i have to settle for less.
But a second recirculating pump (i already have a spare one) its a good project for next winter…this one its close to the end and i’m tired.
Anyway,thanks for the suport SGAF.

Or maybe the coolant circuit it’s not aerated (air bubbles out)…still i made more than 500 km since i installed the heater.It’s possible?

I found an „heater overtemp-signal too high“ error after several attempts in „standheizung“ mode (engine stopped).But no error in regular „heizung“ mode. I took vag-com and i made two attempts: 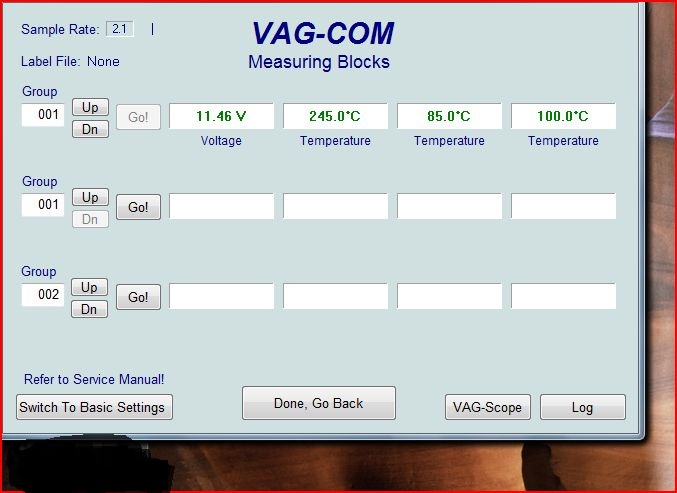 2.heizung mode…after 5 min. i read this (heater made a 5 sec. pause and resume…normal operation): 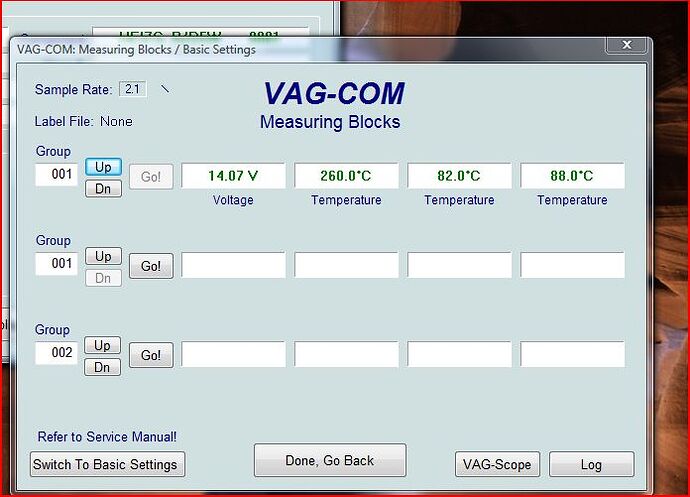 So my guess was good…water pump is lazy in „standheizung“ mode.Or is air in the system.